“Losing My Religion” the title of a 1991 R.E.M  song is what came to mind when I looked at this photograph on my computer monitor for the first time. I wasn’t quite sure why, since I am not a religious person. Although the photo was shot through the stained glass window of a chapel in a cemetery,  for me it is not about religion, but more  about symbolism or belief. However, in 1991, I did love that song. When I started to read the lyrics, I realized the song is not  about religion, either. When I looked into the meaning of the song, it is actually about a “crush”,  a romantic obsession. The line “losing my religion” refers to “an expression from the southern region of the United States that means losing one’s temper or civility, or “being at the end of one’s rope.”” https://en.wikipedia.org/wiki/Losing_My_Religion 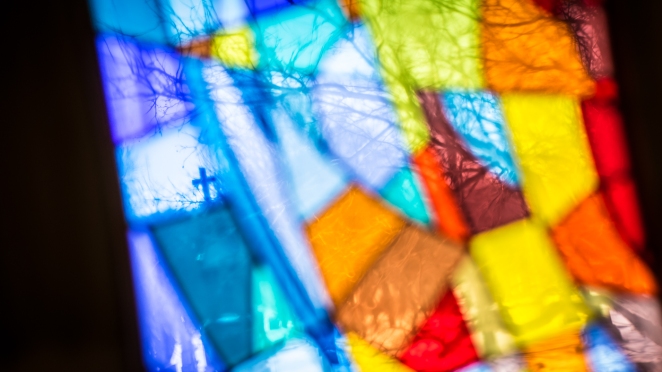 4 thoughts on “10/Fifty-Two, Losing my Religion”