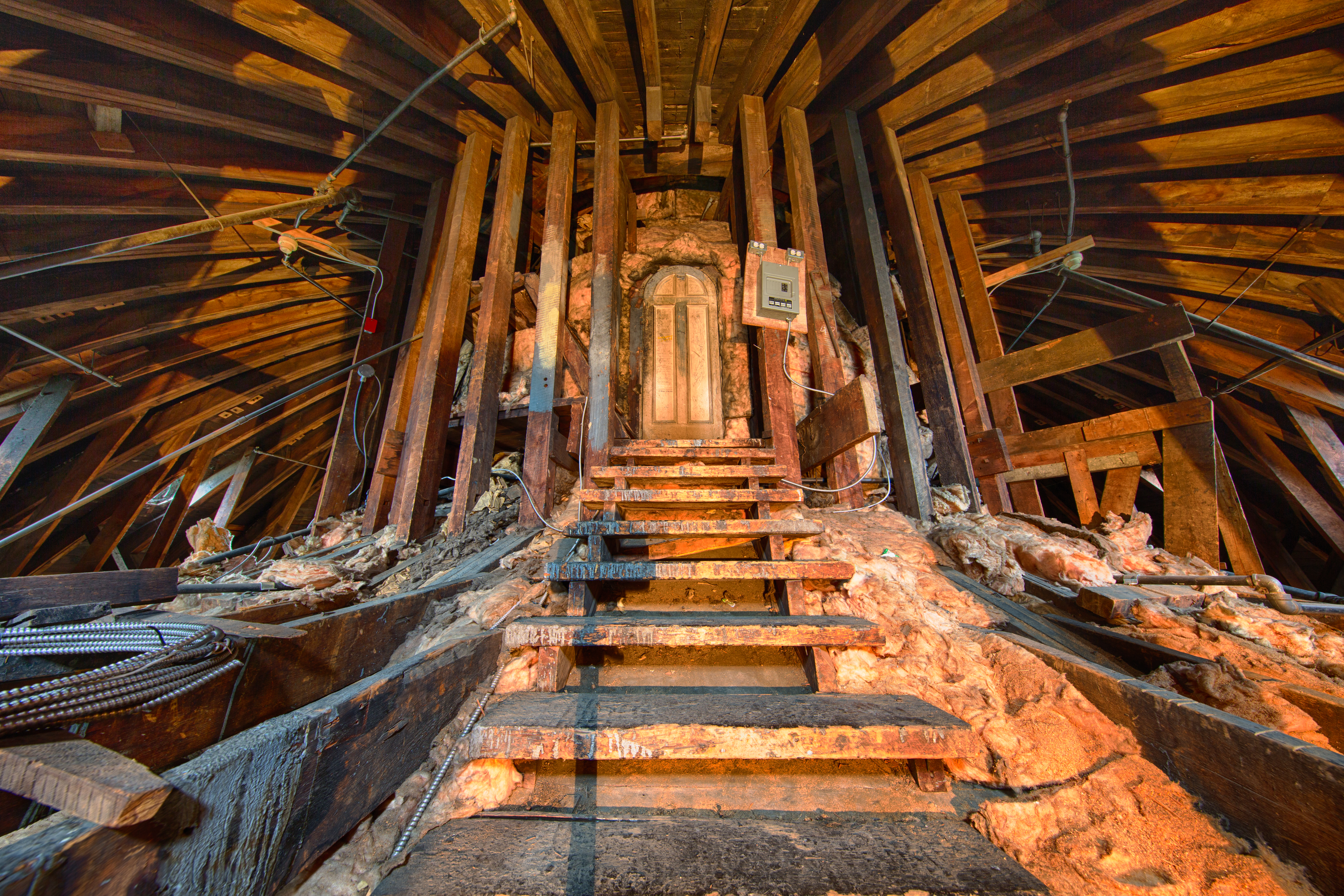 Take a look again at my Tuesday blog feature’s photo. Here I am in the cupola of Mary, Queen of the World Cathedral. If you look way up you will see another opening with a balcony and windows, that is the top of the cupola or the ultimate cupola.

Today’s feature photo, is the door that leads to the tiny cupola at the very top of the cathedral.

To get there, I had to climb very old wooden staircases that often felt unsafe and treacherous.  There were also some very long, old, wooden ladders, standing totally straight up; not an easy climb, especially while dragging alone a heavy camera and a tripod. Only three of us went up there, the rest of the group decided not to risk it.

I have to admit, I was scared but I was also so determined to get a photo of that door at the top that I would feature in Norm’s Thursday Doors. I was the first one to get up there and had plenty of time alone to capture that door. So here you have it, I must say, I was not disappointed, what a crazy sight! The heat felt while climbing there was surreal, the photography instructor name it “Hell’s Door” for that reason.